Release day is finally here. It’s been about 3 years since I first got given the idea for this series (points to her excellent editor Lisa McCaskill who dropped 4 book titles on me and told me to run with it. So I did. Least it wasn’t scissors….). Once I’d got the basic idea, Hubby drove me around town looking for places to hide a body, because I needed a lot of them.  And this isn’t romance!

I know. It’s full blown crime drama. Makes a chance, but I absolutely loved writing it.

Over the next four weeks, you’ll be getting a lot of posts, with pictures of the murder postcards that Isabel receives, extracts and a cast list. There will also be interviews with Zander, Isabel and the Prayer Slayer himself. 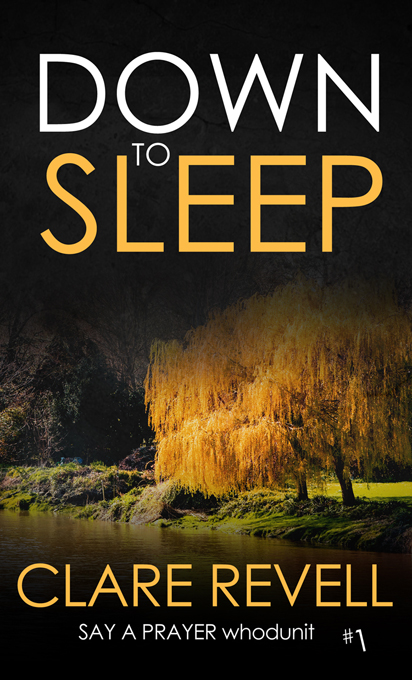 DC Zander Ellery isn’t sure which he dislikes the most: New partners, rookie female officers, or cases he can’t solve. Right now he has all three.

DC Isabel York is fresh out of uniform and out of the proverbial frying pan into the fire as her personal and professional lives clash with her first case—ten stolen works of art.

When a postcard arrives addressed to Isabel with a cryptic message on it, it’s just the beginning. The mystery deepens as the first of the stolen paintings is found alongside a dead body—bound and gagged and left posed in prayer at the place depicted in the postcard.

Are nine more murders coming? Can Zander and Isabel find the missing paintings and solve the murder before another victim falls?

Zander grabbed an evidence bag and held out his hand. “May I?”

Isabel slid the card into the clear plastic bag and leaned back in her seat. She closed her eyes for a moment. “This means this isn’t over, doesn’t it?”

“Yep. We have a serial killer on our hands.” Zander reread the card. He took a photograph of it on his phone, glancing up as DI Holmes’s office door opened. “Guv? Do you have a minute?”

Zander held out the bag. “This was on Isabel’s desk when we got back up here.”

Isabel tucked the envelope into another evidence bag. Not that it would be any good trying to get prints. There would be dozens. “Posted yesterday.”

DI Holmes studied the photo, his face impassive. That was never a good sign. Were his insides doing what Zander’s were? Tossing and turning and giving him fits? “Any idea where it is?”

“Looks like another river.” Zander took the photo back. “Other than that, no.”

“See if you can find it and keep me apprised. I don’t need to tell you how vital it is we catch this bloke.” The DI headed back to his office.

Zander dropped into his chair and pulled up the Internet search page on his computer. He typed “rivers in Headley Cross” into the box and hit images.

Isabel hadn’t moved. “Why me?”

“Why is he sending them to me?”

“I’m sure it’s nothing personal,” Zander said, beginning to scroll slowly. “Jack the Ripper taunted the police by sending letters. He sent them to the papers and got them to send them on. At least we’re getting them direct.”

“They never caught Jack the Ripper.”

And in case you haven’t seen it yet. HERE is the book trailer. The music was written especially for me by Luke Davies.